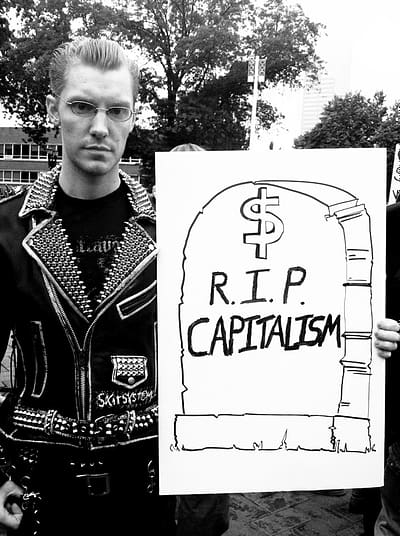 The Story So Far…

I’m the wordsmith behind the Japan travelogue Ten Thousand Shrines, author of the upcoming Terragaste trilogy, and evil mastermind behind the End Times Gazette.

Here’s a little of my story so far.

Raised by a professor of Renaissance Literature, I began reading the classics at a young age. It was in large part the quality of the great authors and poets of old that fueled my own literary ambitions.

As a boy, I made friends with misfit punk kids, and together we went to crustpunk shows, discussed the deeper meaning of life, the possibility of revolution, and the likely forthcoming destruction of humanity via ceaseless warfare and a visibly declining ecology. I also met and mingled with Marxists, and became one myself.

During this time I intermittently wrote classical poetry interspersed with an occasional short story. In addition, I kept my pen very busy throughout my middle school, high school, and college years dreaming up—and outlining in great detail—several fictional worlds, all with the idea that I would one day tell stories set within them.

In particular, I began working on a post-apocalyptic storyworld which would later become the setting for Tarragaste. Humorously enough, the idea came about while playing The Need for Speed and listening to The Varukers—a friend and I started joking about how much more awesome the game would be if it took place in a world destroyed by religious zealots, and where participating in deadly races against other tribes constituted some form of sacred ritual to predict the future of humanity.

I started forming this concept into a racing game idea called Direbahn, which would later evolve into the robust world of Terragaste, a post-apocalyptic realm devastated generations ago by a reckless techno-theocracy. In it, eight tribes, each with their own interpretations and rejections of the Old Faith, eke out a meager existence amidst a blasted wasteland on the outskirts of an abandoned city. Alongside them, the countless remnants of forgotten and frequently malfunctioning machinery continue to carry out what they were programmed to do generations ago—often endangering the human survivors.

As my first literary sojourn into the Terragaste world, I decided to do a loose post-apocalyptic retelling of Booke One of The Faerie Queene by Sir Edmund Spenser. The outline for this idea rapidly grew into a trilogy. However, even with only an unfinished manuscript of book one to show for my efforts at the time, I continually received powerful responses from those who deigned to read my work-in-progress. After graduating from Portland State University with a BS in Arts and Letters, I set out to finish the story, and to connect with intellectual fans of post-apocalyptica through this site and its blog, the End Times Gazette.

To get the latest book release info directly from the author, sign up for our apocalyptic newsletter, the End Times Gazette.

I’m currently working as a freelance writer and web developer, with book one of my trilogy, Terragaste: Tale of the Red Star Knight, nearing completion. I’ll be showing the finished manuscript to agents later this year. To stay up to date on my progress, and receive tongue-in-cheek musings about the “inevitable doom of humanity,” I strongly recommend that you subscribe to the End Times Gazette today.

Thanks for reading,
—Peter Chordas